We aim to improve education, research and academic services for society in order to be medically advanced and be the most advantageous for national Public health.

The Department of Surgery was established at the birth of King Chulalongkorn Memorial Hospital in 1914. It was one of the five divisions that served as foundation pillars of the main hospital. The original five divisions were the divisions of Surgery, Examination Unit, Bacteriology & Medicine, and Medical Supplies.

Entrusted with the Royal Command to be the first director of King Chulalongkorn Memorial Hospital, Dr. F Schaefer, a world-renowned surgeon from Germany, was instrumental in laying down the framework and foundation of the hospital. He was involved in every step and every detail in the design and construction of the hospital. The grand mission of the hospital was to be a leading academic medical center where modern medical education and care were provided. With that mission in mind, Dr. Schaefer was able to procure and implement the hospital with the most advanced medical equipments and technologies, which were unavailable in any other hospital for at least another decade. This included equipments such as the first Roentgen Radiation machine in Thailand, water electrode machine, bacterial detection machine and Radium therapy unit.

With the background as a surgeon, Dr. Schaefer placed a strong emphasis in establishing the Division of Surgery. The development and maturity of the surgical division followed the same vision that Dr. Schaefer had for the hospital, which was to be the place for the best surgical training and care. To emphasize its importance, the operating theatres were placed in the main front building (now the Administrative Building). Along with the operating rooms in the same building situated the Examination Unit and Bacteriology & Medicine Unit where medical students and staff further developed their medical and surgical training. Behind this main building were inpatient wards, Pahurad Building (now the Sirindhon Building) and Vachirunahis Building, where post-operative and inpatient medical patients stayed. As the number of surgical patients grew, three more inpatient surgical wards were built, which were Punyamarachinee Building (1916), Chakrapong Building (1923) and Artorn Building (1930).

Unfortunately, Dr. Schaefer passed away before witnessing the historic official inauguration of the hospital. Phraya Damrong Pattayakhun (Chuen Puttipat) was then appointed as the first chief of Surgery in 1917. In order to advance the division, both academically and clinically, many of the graduated surgeons were encouraged to further their surgical training abroad with financial support from the division. Soon enough, the department was enriched by a group of skillful surgeons and anesthesiologists: M.C.Wallapakorn Worawan from Russia, Luang Pisak Sallayakij (Dick Sighatad), Laung Waitayessarangkul (Cheuw Issarangkul na Ayuttaya) from England, Laung Prajalvejjasit (Chum Jitmetta, anesthesiologist), Laung Kosolvejjasart (Sin Suwong) from England, Laung Chued Booranasiri (Chued Booranasiri), Laung Nittavejjavisit (Nit Paovej) from the USA, and Phra Sallayavejwisit (Sai Kojjasenee).

After the main King Chulalongkorn Memorial Hospital was fully established, the School of Medicine was formally opened for enrollment and matriculation in 1947 under the guidance of Professor Major General Damrong Pattayakul, who was appointed as the Chief of the Department of Surgery. Together with 6 other surgical staff: Professor Major Prajak Thongprasert, Dr. Chub Chotikasathien, Dr. Saman Mantraporn, Dr. Pong Tansatit, Dr.Chalieu Watcharapuk, and Dr. Lek na Nakorn, they ushered the department into becoming the modern surgical department of today. The staff, who were initially appointed to the Medical University, Ministry of Public Health, were honored and became permanent tenured professors at the King Chulalongkorn University hospital.

From its inception, the Department of Surgery at King Chulalongkorn Memorial Hospital has continued to strive for becoming the best surgical center in the region. The department has grown and constantly evolved. Many advanced surgical procedures were performed for the first-time in the country in this hospital. Several of our graduated surgeons went on to become leaders in their fields and helped to establish other academic centers in the country. From the division of seven staff, the department has now branched out into 4 main General Surgery and 6 Subspecialty units with more than 65 full-timed surgical staff. 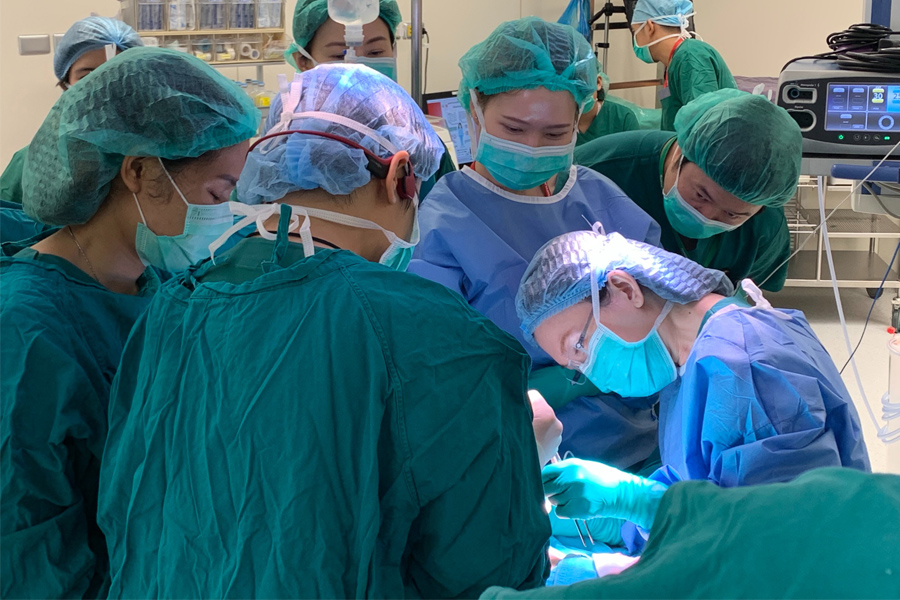 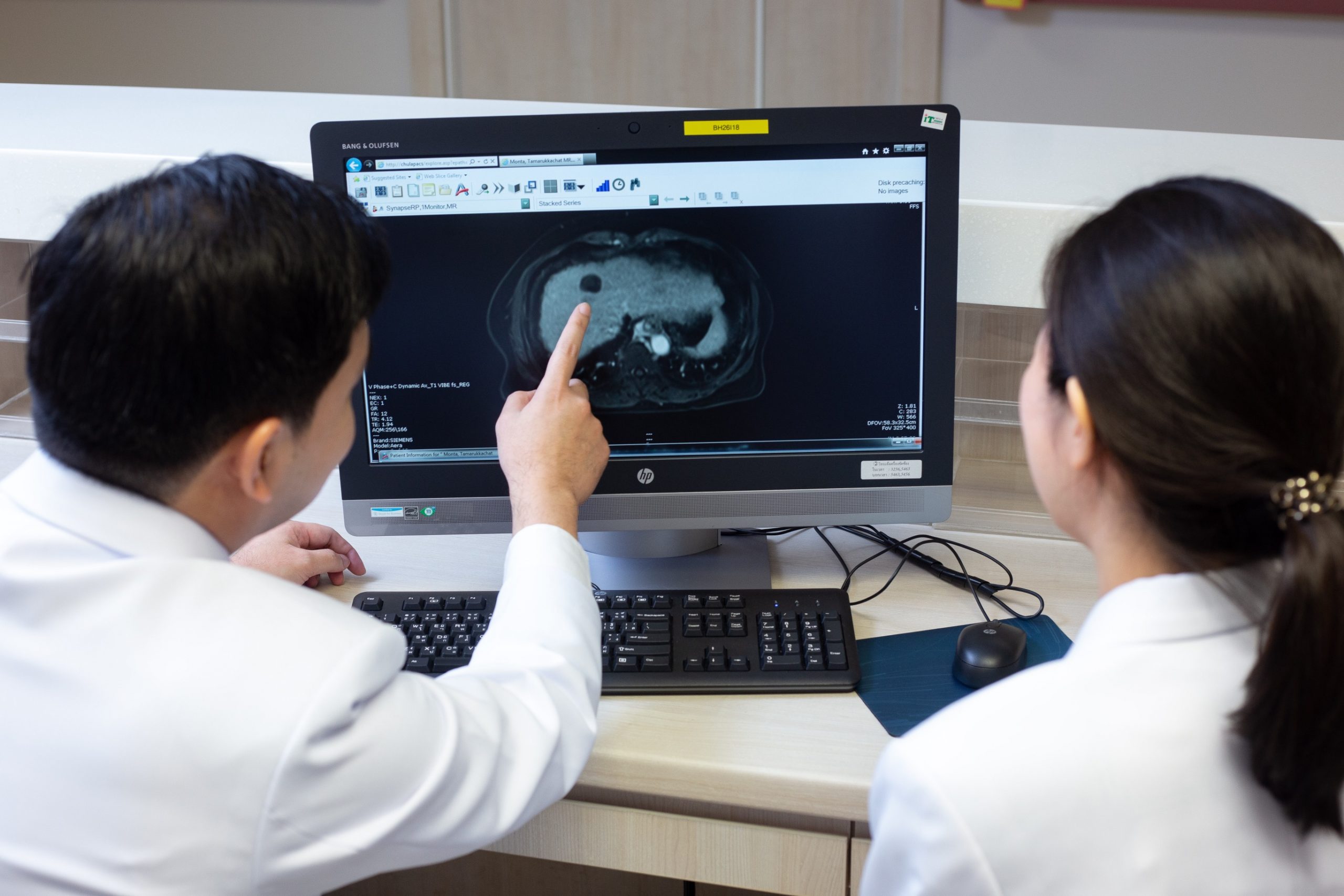 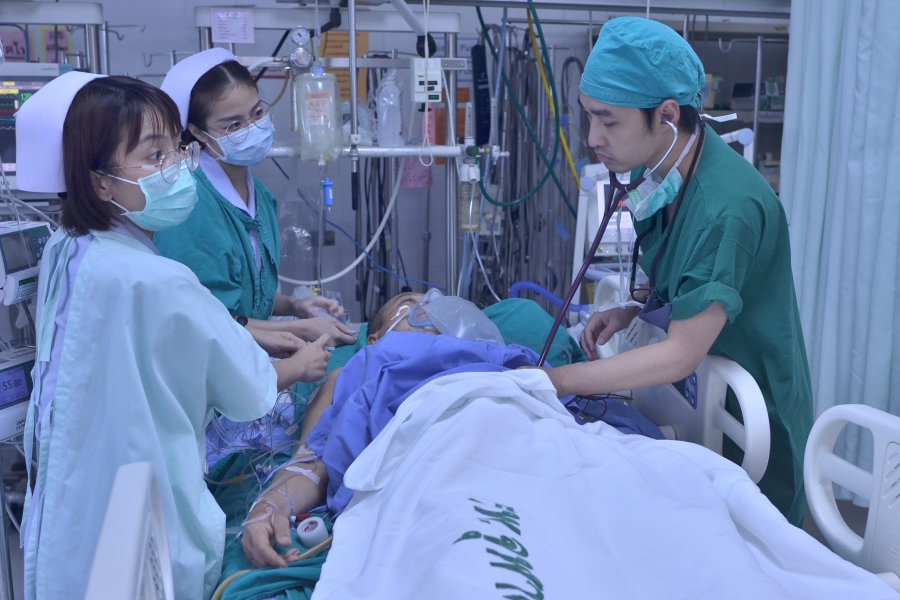 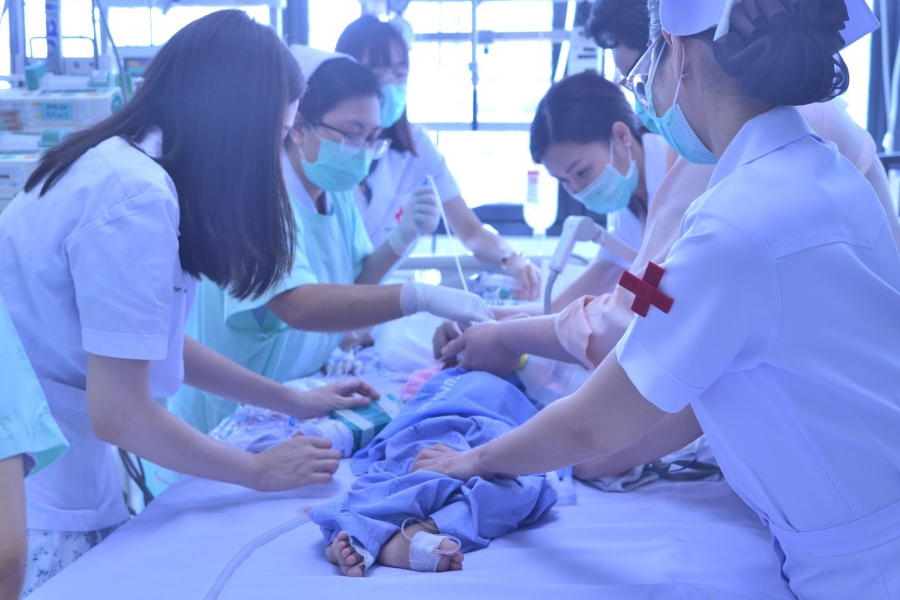 The Department of Surgery, Faculty of Medicine, Chulalongkorn University or King Chulalongkorn Memorial Hospital and Thai Red Cross Society has continuously evolved to become an internationally recognized premier academic medical center. It is the place where clinical training and high quality medical research are conducted for the advancement in medical care, in the pursuit of providing the best healthcare to patients and the society. Our graduates are trained to become leaders in their respective fields both clinically and academically.

The mission of the Department of Surgery is to educate the next generation of physicians and to foster medical research and development, in order to provide the finest medical care to the society.

The Department of Surgery has 10 divisions as shown below:

The Department of Surgery provides surgical services that are continuously evolving. We aim to provide advanced surgical care by incorporating new surgical techniques, technologies and knowledge gained from our ongoing medical research. Our department comprises 10 divisions and additional 6 centers of excellence in order to care for ever more complex surgical pathologies. In addition, our department also provides health-related education to the public as well.

Except for Pediatric Surgery which is located at Bhor Por Ror Building 9th Floor, 09.00 – 12.00 hrs. except on Public holidays.