Aiming to be the world class Department of Radiology
with excellence competency in clinical and medical care.

Division of Radiation Oncology, Department of Radiology, King Chulalongkorn Memorial Hospital started the services for cancer treatment since 1951. Currently, the Division has been developed to the most advanced technology division in Thailand with the specialized personnel in cancer treatment using radiation, being recognized for over 60 years.

The Specific  Building for cancer treatment was established in 1960, at the Sawat-Lom Osathanugrah Building, under the Radiology Department, with maximum capacity of 50 cancer patients.

Later, the number of patients has dramatically increased due to medical innovation. According to His Majesty King Bhumibol Adulyadej,  the Thai Red Cross Society managed to build the Abdul Rahim Building by expanding  out of the former Cobalt Building, from 1 story into 3 story building, while the chemotherapy for patient services was on service on the 2nd floor

The additional radiology equipment were supplemented to support the increasing number of patients. During 1985 – 1987, 9-story Luan – Perm Pool Vongvanich Building was constructed  to be the center of cancer prevention and treatment: examination room for radiotherapy and oncology on Floor 1,  brachytherapy on Floor 3 and  and inpatient clinic on Floor 5-7.

In 2019, Proton Center, Princess Maha Chakri Sirindhorn was constructed at the area of ​​the Sawat- LomDerm Building for the proton radiator, the 1st and the most advanced technology institute for cancer treatment.

The Cancer treatment technology has been continuously developed to become a leading international radiotherapy with the radiotherapy technic such as 2 Dimensions to 3 – 4 D X-ray radiation techniques into Intensity Modulated Radio Therapy: (IMRT) and Volumetric Modulated Arc Radiotherapy (VMAT).

Stereotactic radiosurgery (SRS) Stereotactic body radiotherapy( SBRT), radiation equipment with Gamma X-rays and Proton accelerators are used. The Advanced computerization technology had made the cancer treatment more effectiveness and the least side effects from the treatment. 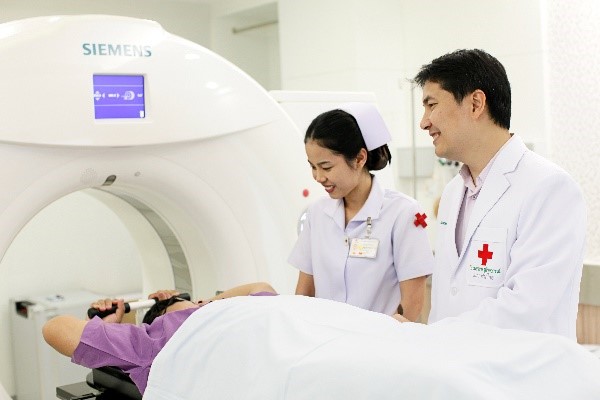 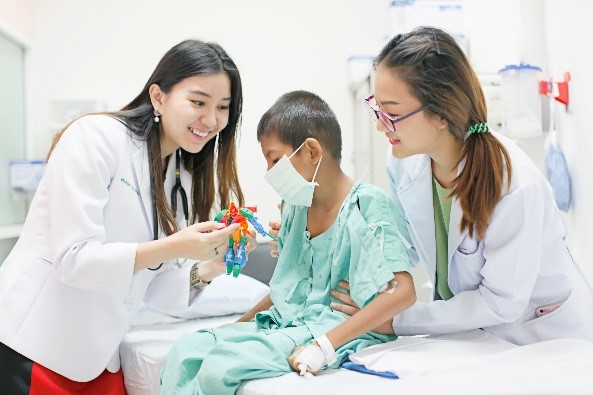 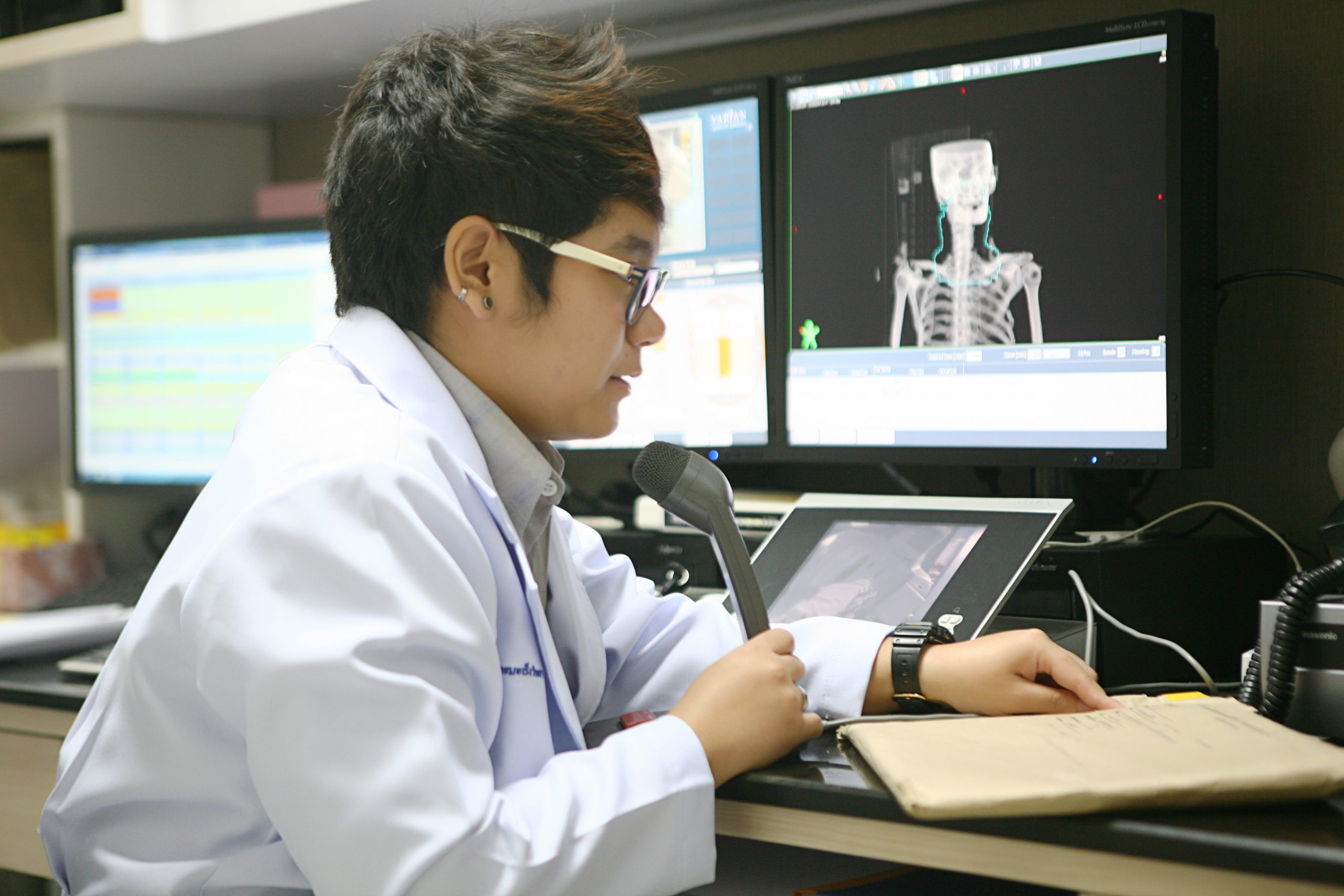 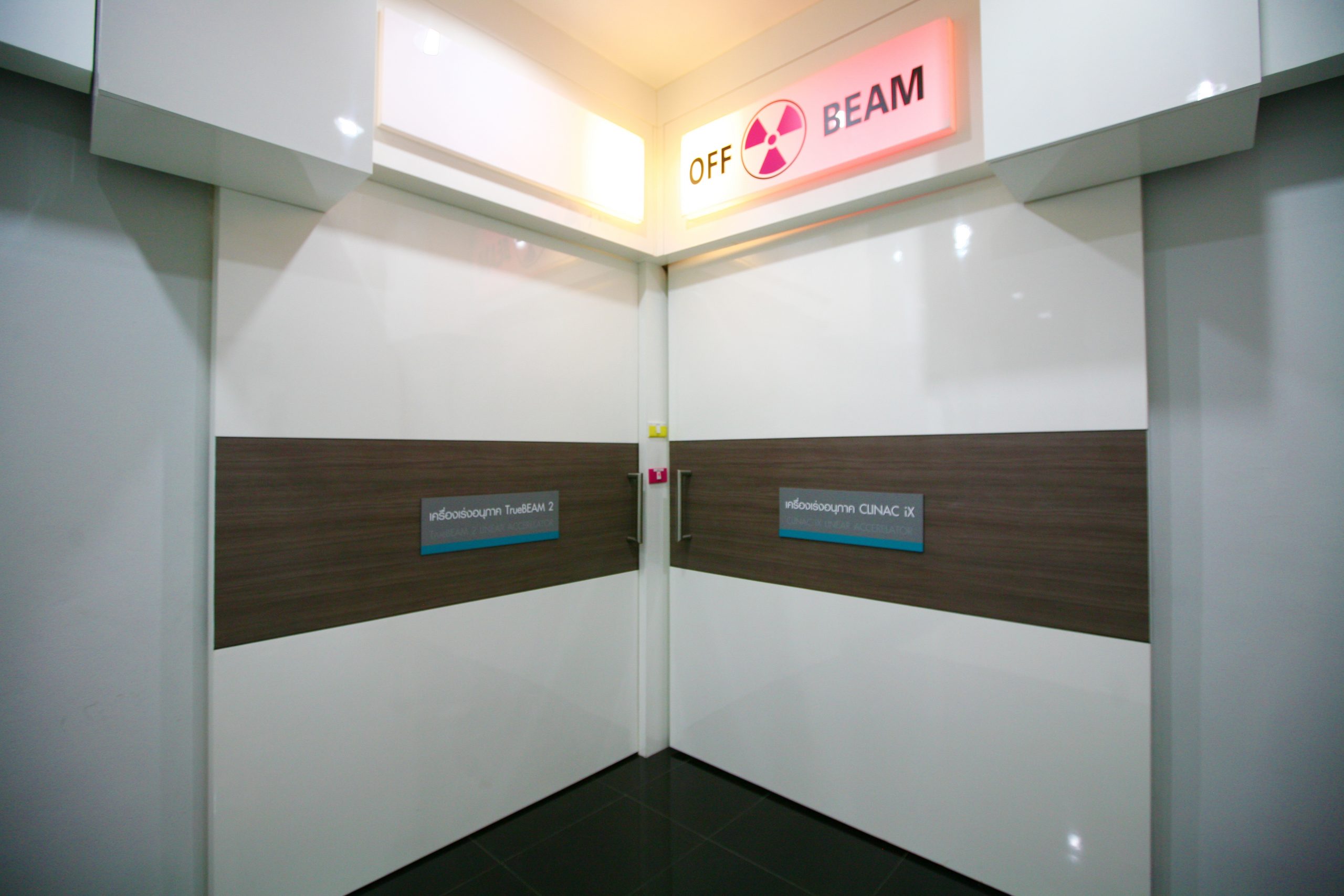 We aim to be a world-class radiotherapy center with excellent clinical and medical care along with the educational development in producing the quality fellowship doctors including the research work to improve cancer treatment with more efficiency.

Structure/Sub-units of the Center, Department

Division of Radiation Oncology, Department of Radiology opens from 08.00 – 19.00 hrs., for both in-hour and off-hour hour services: